Get your free written prophecy, Answers are on the way

What is the Unpardonable Sin? 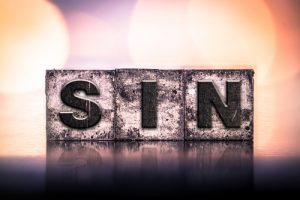 Determining the “Unpardonable Sin”
With the working definition of blasphemy meaning, “to speak against”, or “speak evil of”, it is easy to rule out several sins that would not qualify as the unpardonable sin. Occasionally, murder is suggested as the “unpardonable sin”. Such cannot be the case, however. First, since blasphemy is a “tongue sin”, murder would not fall into this category. Second, several biblical passages show that the sin of murder can be forgiven. When King David committed adultery and had Uriah the Hittite murdered, the prophet Nathan came to him, informing him that God had seen that David “killed Uriah the Hittite with the sword”. When David confessed to Nathan and repented, the prophet told David, “The Lord also has put away your sin; you shall not die.” And, although David was punished for his iniquity, it was forgiven. The Bible plainly demonstrates that murder is not the unpardonable sin.

The apostle Paul gave a list of no less than ten sins (including adultery) of which the Corinthian brethren had been forgiven (1 Corinthians 6:9-11). Adultery cannot be the unpardonable sin. Another sin set forth as the unpardonable sin is blasphemy of any kind, not specifically against the Holy Spirit.

We know, however, that blasphemy in general cannot be unforgivable for two reasons. First, in the context of the unpardonable sin, Jesus clearly stated that “whatever blasphemies” men may utter (besides against the Holy Spirit) could be forgiven. Second, Paul confessed that before his conversion, he had formerly been “a blasphemer, a persecutor, and an insolent man; but I obtained mercy because I did it ignorantly in unbelief” (1 Timothy 1:13).

These two biblical passages rule out the possibility of general blasphemy as the unpardonable sin. We begin to see, then, that we cannot arbitrarily decide which sins we think are heinous, and then simply attribute to them the property of being unpardonable, especially considering the fact that even those who were guilty of crucifying the Son of God had the opportunity to be forgiven (Acts 2:36-38).

“The Lord also has put away your sin; you shall not die.” Therefore, since the unpardonable sin falls into a category of its own, and cannot be murder, adultery, general blasphemy, etc., some scholars have set forth the idea that the unpardonable sin is not a single sin at all, but is instead the stubborn condition of a person who persists in unbelief. This understanding, however, fails to take into account the immediate context of the “unpardonable sin”. A famous author commenting on this idea of “persistent unbelief”, stated: “It is true, great multitudes are going into eternity in rebellion against God to be finally and eternally lost; but it is for rejecting and neglecting pardon graciously extended in the gospel while they live, not because they have committed the unpardonable sin.” He also quoted this: “It is not postponement of obedience until death.” The text implies that those who commit the eternal sin continue to live while having lost all opportunity of salvation; whereas those who postpone obedience to Christ (except those who commit the eternal sin) could have obeyed at any time previous to their death.

More from my site