Get your free written prophecy, Answers are on the way

The Bible Book of Joshua 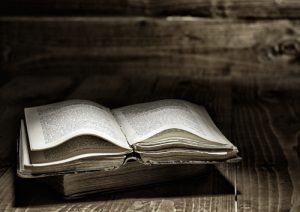 The book of Joshua in the Bible, discusses what God had commanded Joshua to do with the Israelites. This is a great example when you are in spiritual warfare of what you can do in this new day.

In Joshua 5: 13-15, Joshua encountered a man standing in front of him with a drawn sword in his hand. Joshua asked him, “Are you for us or for our enemies?” The man said, “Neither, but as commander of the army of the Lord I have now come.”

Who was this man Joshua encountered? If we study the Bible, Joshua fell down and worshiped him without rebuke. Men cannot worship human beings; this is a sin. We cannot worship angels, neither. The man that Joshua bowed down to must be divine and part of the Godhead.

A few verses after, Joshua even referred to the speaker as Lord The Bible said: Then Joshua fell face down to the ground in reverence, and asked him, “What message does my Lord have for his servant?”

The commander’s presence made the ground holy, which was something that was only associated with God. The bible said, “The commander of the Lord’s army replied, ‘Take off your sandals, for the place where you are standing is holy.’ And Joshua did so.” Joshua 4:15

And then this, while Joshua was there near Jericho: He looked up and saw right in front of him a man standing, holding his drawn sword Joshua stepped up to him and said, “Whose side are you on—ours or our enemies’?”

14 He said, “Neither. I’m commander of God’s army. I’ve just arrived.” Joshua fell, face to the ground, and worshiped. He asked, “What orders does my Master have for his servant?”.

In John’s vision in the Book of Revelation, Jesus was portrayed as the commander of a great army. Thus, we can say that the man that Joshua encountered was Jesus. The commander of God’s army who led Joshua and the Israelite army was Jesus.

In this account, it’s important to look at the posture of Joshua. In the beginning, he had a defensive stance. However, when he realized whom he was talking to, he fell face down in humility and reverence.

If you want to lead a new way of life, eradicating your old beliefs, then you need a total shift in your posture, your perception, your beliefs, and your thought processes.

The Bible Book of Joshua, shows the posture you can take towards life.

When it comes to our posture toward life, there needs to be a shift. We need to change our posture. If you want to lead a new way of life, eradicating your old beliefs, then you need a total shift in your posture, your perception, your beliefs, and your thought processes. Joshua shifted his posture so that he can perform the task of the leader.

More from my site